Posted on October 5, 2016 by pollardtrumpets

Born in Malaga, España, Teresa García Molero studied piano at the Conservatory of Music in this city, with honors at the end race and prize for the best record exam.She has gained special mentions in the Malaga’s Young Performers in 2003 and in 2004 and first prize in 2005. Se made the Piano’s Specialization Course with the teacher Josep Maria Colom in the Music’s Hall at Alcalá University. She has received piano classes from Estefanie Cambier, Almudena Cano, Ana Guijarro, Alexander Kandelaki, Angel Sanzo, Vladimir Krpan, Claudio Martínez Mehner, Gabriele Rota and Anthony Spiri, etc.

She has studied the “Musical Heritage Master” in Granada’s University in 2015. She is currently a doctoral student at this university and accompanist at the Music Conservatory “Paco de Lucía” in Algeciras, Cádiz. 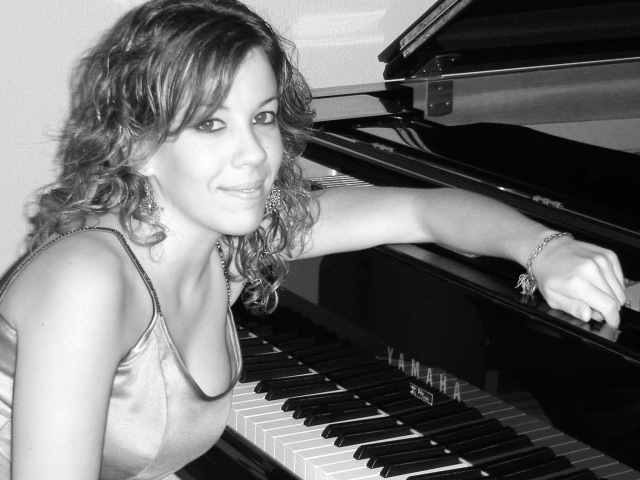 With 46 years working in the music industry worldwide, his knowledge and experience stocks a comprehensive music store, the one stop shop for instrument advice, repairs, new and second-hand sales. Peter's apprenticeships with some of the world's leading craftsmen in Britain, the United States and Canada, have given him a thorough working knowledge of acoustical engineering and instrumental design creating a unique understanding of the instrumental needs of wind musicians. No longer will instrumental connoisseurs have to go to London when choosing and maintaining an instrument, when all their needs can be met in Manchester. A true Artisan, Peter has been fine tuning brass and woodwind instruments for musicians of the leading ensembles and institutions for many years, the Hallé, BBC Philharmonic, Royal Northern College of Music and Leeds College of Music and passing on his expertise in instrumental academy seminars in Scandinavia and Europe. A UK Brass specialist, Peter's skills have led to a growing demand for his custom range of brass design and parts, trumpets, flugels, cornets, bespoke lead pipes, bells, cork parts and mouthpieces. An exponent of 5 Star spa treatments for trumpets, a Pollard MOT involves deep freeze Cryogenic resonance restoration, ultrasonic cleaning, valve alignment and the application of his own patented valve oil 'Superfly' with a unique cleaning agent to ensure agile acrobatics when playing. 'Superfly' has now been licensed for distribution in the United States and Europe. Peter is the figure driving the sponsorship masterclasses and live music at Band on the Wall attracting stars such as Bobby Shew, Snake Davis, Ian Bousfield, Jigs Wigwam and Peter King, the Comedy Store, Liverpool's the Cavern Club and the Hallé, breath of fresh air for the region's live-music industry
View all posts by pollardtrumpets →
This entry was posted in Events, News, Pollard Artists, pollard trumpets. Bookmark the permalink.